What is XXYY Syndrome?

What is XXYY Syndrome? 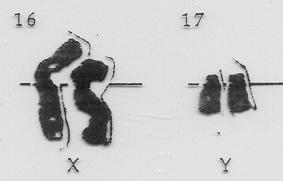 48,XXYY is a sex chromosome variation that affects one in every 17,000 boys who are born.¹
XXYY Syndrome is the name attached to the cluster of symptoms that arise as a result of the 48,XXYY chromosome pattern.

48,XXYY is one of several types of sex chromosome variations, including those that are considered as variants of Klinefelter Syndrome, 47,XXY and XXXY, XXXXY, XY/XXY and another syndrome called XYY, all of which affect males. Similar female syndromes include Turner Syndrome (XO) and several variations with added X’s. There are important differences, between boys and men with 47,XXY and those with 48,XXYY and some authors have questioned whether 48,XXYY males should be included under the umbrella of Klinefelter Syndrome.²

48,XXYY is not an Intersex condition or indication. Please read our notice on XXYY and Intersex Conditions.

XXYY is often mistaken for other syndromes. The most common symptoms and characteristics that would be noticeable by parents, teachers, medical professionals and other treatment providers are:

(Not all individuals with XXYY Syndrome experience all of these symptoms)

Cause and Rate of Occurrence

The cause of 48,XXYY is still not completely understood. Since extensive studies have not been conducted on the cause of 48,XXYY, there is currently very little information about whether or not there are environmental , hereditary or other factors which can result in this chromosome pattern. There is no evidence that parents of one XXYY child are more likely to have other children with sex chromosomal variations. Sex chromosomal variations in general are actually quite common. The occurrence of 48, XXYY is 1 in 17,000 live male births. The occurrence of Klinefelter Syndrome, XXY, is 1 in 500.

Diagnosing 48,XXYY requires a genetic test called a karyotype. The test is done by drawing blood and an analysis is done on the cells of the blood to determine the boy or man’s chromosomal make-up. In some instances, a boy can have some normal XY cells and some XXYY cells, this is called . A karyotype is the only way to know for certain that a boy or man has 48,XXYY.

XXYY has strong links to Autism and ADHD

That is why it is important for the XXYY Project to reach parents of boys who have Autism and/or ADHD to make sure that you have sought genetic testing.

Many boys and men with XXYY have similar facial features, plus several other physical features that are associated with the condition.  Does your son or patient look like the boys and men in these photos?  These are all different boys and men. 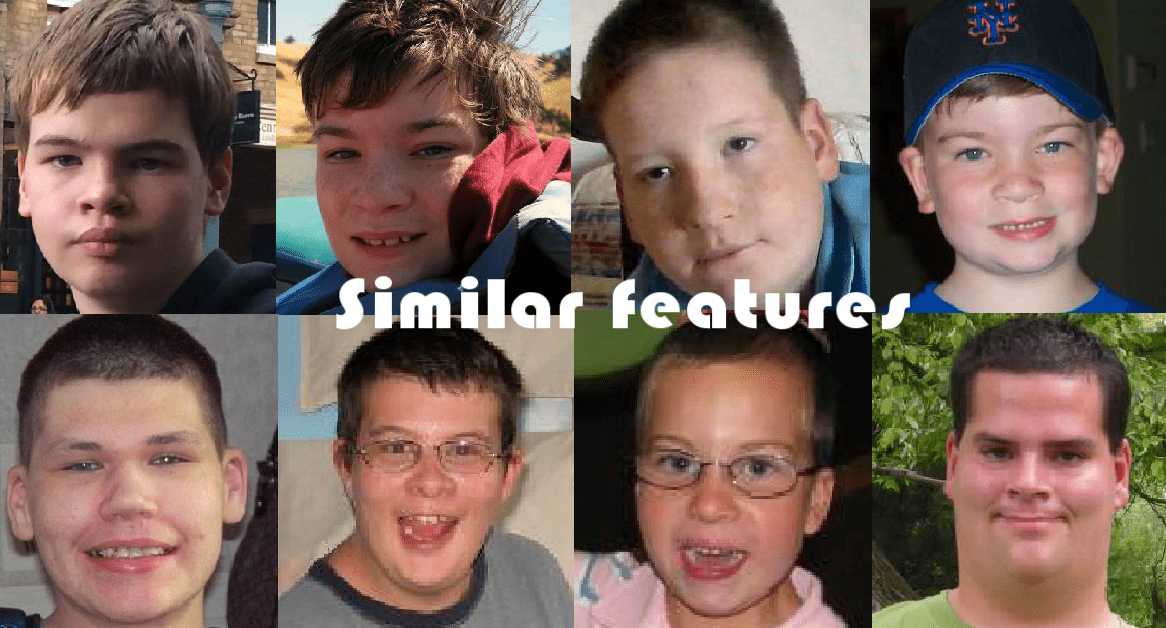 How to Identify XXYY

The XXYY Project is particularly concerned with adults who have an autism or ADHD diagnosis who have never had genetic testing.  We know that more genetic testing is being done on children with autism, but there may be adults out there who were never tested.

“Spanish: A Guide for Families and Individuals Affected by X and Y Chromosome Variations”

Although there have been limited studies and research on XXYY, the fact that XXYY boys have many similar features is often not mentioned.

At this time there is no known cause, such at maternal age, for 48,XXYY. 48,XXYY occurs due to a spontaneous random error during cell division at conception. There has also been one reported case of a father with XYY having a son with XXYY.

No, since 48,XXYY is a random error, it is not hereditary. Parents who have one child diagnosed with 48,XXYY are no more likely to have a second.

Can girls or women have 48,XXYY?

No. In general, women have two X chromosomes and when an individual has a Y chromosome, they are male. Read our intersex notice for more details.

Is there any cure?

No. In theory, a cure would mean that every cell in the body of a person with 48,XXYY would have to have the additional X and Y chromosome removed.  This is not medically possible at this time.  However, treatments for the various symptoms and other overlapping diagnoses is normal for those diagnosed with 48,XXYY Syndrome.

Do all boys and men with 48,XXYY take testosterone?

No. It is generally recommended that boys and men are treated with testosterone as it affects not only their physical well-being, but has emotional and psychological benefits. Treatment options vary by country and region, and as with any medical treatment, individual choice is always a factor.

What is the normal IQ range of boys and men with 48,XXYY?

IQ scores can be extremely subjective, and are not always an indicator of academic or career success. Boys and men with 48,XXYY have a varied range of IQ abilities, much like the general population. Some geneticists indicate that each extra chromosome results in a 5 point decrease in IQ score.

Can those with 48,XXYY also have other medical diagnoses, like autism?

Yes.  In fact, unless diagnosed in utero, or in early childhood, many boys and men are not diagnosed with 48,XXYY Syndrome until their late teens, when low testosterone symptoms begin to manifest.  This is largely due to other diagnoses giving throughout childhood which have been used to rationalize their behaviors (i.e. autism, ADD), medical issues (ie low muscle tone, heart problems) and academic results (ie. learning disabilities, ADD).

How do I know if another medical diagnoses is due to 48,XXYY?

Research on 48,XXYY Syndrome is incomplete. Due to the rare nature of 48,XXYY Syndrome, it is often through anecdotal information of connected parents who discover links that may indicate a diagnoses is related to 48,XXYY Syndrome.  The XXYY Project recommends that all parents join our parent network, as we are continuously encouraging parents to share additional diagnoses to see if there might be a link.

Where can I find medical professionals who know about 48,XXYY?

Due to the rare nature of 48,XXYY, it is uncommon to find individual doctors, or therapists that have experience with 48,XXYY. Most will only ever see one: your child.  There are clinics in the United States, such as the eXtraordinarY Kids Clinic, which specializes in X & Y chromosome variations. More clinics are opening and together with AXYS, we are to continuing to build a whole network of them. Also, please see the professional directory for a list of providers who have experience with X & Y chromosome variations.

What is the name of the test that would be used to detect the extra X&Y chromosomes? How would it appear on the test results?

Does an amniocentesis include testing for extra X&Y chromosomes?

Yes, an amniocentesis looks at the karyotype, so they will see if there is an extra X and/or Y chromosome.

What should be done if an amnio was done years ago, didn’t show extra X&Y chromosomes, but there still isn’t an answer to the child/man’s problems?

If an older adolescent or adult had an amnio with normal chromosomes but still has problems of unknown etiology, see a geneticist to review the previous testing to see if any updated techniques may be helpful in evaluation the etiology of the problem. The geneticist may determine if other specific testing needs to be done.

If a Fragile X test was done, would they have looked for extra X&Y chromosomes at the same time?

Most of the time, when doctor sends a genetic work-up for Fragile X, they also send a karyotype test. But, this is not always the case. Parents should be sure that the karyotype for their son has been confirmed to be 46,XY and that the Fragile X DNA test has been sent. There have been cases where doctors submitted the Fragile X DNA test, but not the karyotype and the lab did not identify the genetic abnormality. An extra Y chromosome is never found on a Fragile X test, because they are looking at a gene on the X chromosome in Fragile X. So a boy with XYY or XYYY could go undetected.

Does the High Resolution Chromosome Testing/ Karyotype also detect deletions and duplications on the X&Y chromosomes?