From mini‐puberty to pre‐puberty: early impairment of the hypothalamus-pituitary-gonadal axis (KS)

Article Title: From mini‐puberty to pre‐puberty: early impairment of the hypothalamus-pituitary-gonadal axis with normal testicular function in children with non-mosaic Klinefelter syndrome

“Purpose Klinefelter syndrome (KS) is a genetic disorder caused by the presence of an extra X chromosome in males. The aim of this study was to evaluate the hypothalamic–pituitary–gonadal (HPG) axis and the clinical profile of KS boys from mini-puberty to early childhood…Conclusions No hormonal signs of tubular or interstitial damage were found in KS infants. The presence of higher levels of gonadotropins, INHB and testosterone during mini-puberty and pre-puberty may be interpreted as an alteration of the HPG axis in KS infants.”

A review of neurocognitive functioning of children with sex chromosome trisomies

“Results of the reviewed studies show that although traditionally, the focus has been on language and intelligence (IQ) in this population, recent studies suggest that executive functioning and social cognition may also be significantly affected already in childhood. These findings suggest that neuropsychological screening of children diagnosed with SCT should be extended, to also include executive functioning and social cognition. Knowledge about these neurocognitive risks is important to improve clinical care and help identify targets for early support and intervention programs to accommodate for the needs of individuals with SCT.”

“Collectively, these results demonstrate the importance of behavioral screening for behavioral problems in routine clinical care for children with SCT from a young age. Social–emotional problems may require special attention, as these problems seem most prominent, showing increased risk across the full age range, and with these problems occurring regardless of the timing of diagnosis, and across all three SCT karyotypes.”

Infertility considerations in Klinefelter syndrome: From origin to management

“Klinefelter syndrome (KS) is defined as the presence of one or more extra “X” chromosome in a male patient. It affects approximately    1 in 600 newborn males and the most common chromosomal abnormality, leading to male hypogonadism and infertility. There is a lack of data supporting best practices for KS patients’ care. In this paper we review controversial issues in KS research ranging from mechanisms of variation in KS phenotype to abnormalities resulting in reduced sperm production to successful sperm retrieval disparities after testicular sperm extraction (TESE). Translation to live birth and offspring health is also examined. Finally, medical therapies used to optimize the hormonal status and chances of fertility in KS patients are reviewed. We will also discuss the experimental spermatogonial stem cell (SSC) treatments, which are considered the future for TESE negative patients.”

Sperm recovery and ICSI outcomes in Klinefelter syndrome: a systematic review and meta-analysis

“Klinefelter Syndrome (KS) is characterized by an extreme heterogeneity in its clinical and genetic presentation. The relationship between clinical phenotype and genetic background has been partially disclosed; nevertheless, physicians are aware that several aspects concerning this issue are far to be fully understood. By improving our knowledge on the role of some genetic aspects as well as on the KS, patients’ interindividual differences in terms of health status will result in a better management of this chromosomal disease. The aim of this review is to provide an update on both genetic and clinical phenotype and their interrelationships.”

“Klinefelter syndrome is the most frequent chromosome disorder in men, but it is largely undiagnosed or receives a late diagnosis in adulthood. This condition is characterized by an extra X-chromosome: approximately 80%-90% of patients with Klinefelter syndrome have a 47,XXY karyotype, 10%-20% mosaicisms of two different genetic lines such as 47,XXY/46,XY, isochromosome X, and higher number of X chromosomes. Although our knowledge on this syndrome substantially improved in last years, the diagnostic rate is still low. It has been estimated that only 25% to 40% of subjects with 47,XXY Klinefelter syndrome are ever diagnosed. A prenatal diagnosis is made in 15–20% of these cases, 10% is diagnosed before puberty, 15% at puberty, and the remaining 50–60% of cases are diagnosed during adulthood, typically in the course of a fertility workup, with some cases diagnosed even after the age of 50 or 60 years. Variants with higher number of X chromosomes (48,XXXY and 49,XXXXY) have more severe phenotype and distinct clinical features, which leads to higher diagnostic rate than 47,XXY. This manuscript refers to the most common form 47,XXY syndrome and strategies to improve early and timely diagnosis.” 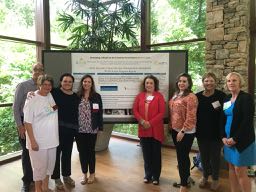 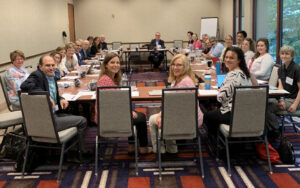 Have you unknowingly seen someone with Klinefelter Syndrome in your practice?

Chances are, you have. Klinefelter Syndrome (KS) is the most common sex chromosome disorder, occurring in approximately 1 out of every 600 male births. Yet an estimated 60 to 75% of those with KS will remain undiagnosed throughout their lifetimes.

Why does this matter?

It matters because KS is linked to significantly higher mortality rates and a range of physical, neurocognitive, and social/behavioral comorbidities as well as a lower quality of life and socioeconomic status. Some healthcare providers believe that delayed diagnosis can increase patient morbidity. And it matters because those with KS are getting lost in our healthcare system. Studies show that the majority of individuals with KS report being dissatisfied with their care. In addition, many with KS and their families find that their providers have outdated information about the condition, or little information at all. By learning more about the many facets of KS, providers across the healthcare system can work together to better treat and support those with this condition and their families.”

The Expert in the Room

Article Title: The Expert in the Room: Parental Advocacy for Children with Sex Chromosome Aneuploidies

“Owing to fragmentation in the medical system, many parents of children with disabilities report taking on a care coordinator and advocate role. The parental advocacy and care coordination requirements are further amplified in this population because of a lack of awareness about sex chromosome aneuploidies (SCAs) in medical and social services settings, as well as the complex needs of affected children. This burden disproportionately affects mothers and low-resource families as a result of gendered ideas of parenthood and social stratification in resource access. The aim of this study is to understand the unique parental burdens of SCAs and family support needs.”