Leaders of the XXYY Project 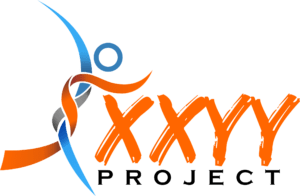 The XXYY Project is now a project of AXYS at genetic.org but we continue to provide direct services for XXYY families and we continue to operate our own activities, support, etc.  We have two XXYY members representing us on the AXYS Board of Directors.

Gail Decker is retired and currently splits her time between several volunteer organizations. The Staten Island Developmental Disabilities Council, The Staten Island JCC and AXYS/XXYY Project. She is a co-chair for the Membership & Guidelines Committee for SIDDC and is an AXYS Board member as well as assisting with the management of the XXYY Project operations and the AXYS Fundraising Committee. She also serves as a committee member of the SIJCC for People With Disabilities Committee.

She has two sons. Brandon Romandetti (1992) is her XXYY guy and Christopher Romandetti Jr. (1990), who is married and lives in Jersey City, NJ. Her husband Bill Decker completes the family picture and they live in Staten Island, NY.

John lives in Appleton, Ontario, Canada. Appleton is a small village 20 minutes west of Ottawa, Canada’s capital. John is a grad in electro-mechanical engineering technology with specialty in robotics from Algonquin College. Working full time in the nuclear medicine/ radiopharmaceutical industry since 2003 in the instrumentation technology division at Nordion and BWXT ITG Canada.

John enjoys spending time outdoors with family skiing, golfing, cycling and fishing. Played competitive soccer for 25 years at the div 1 and college level. Coaching and volunteering are also activities John has been able to participate in within his local community.

Married to Wendy since 2000. They have one son Brodie (2007) who was diagnosed with XXYY in late 2014. Brodie attends Holy Name of Mary Elementary school in Almonte.

Since 2016 John has been proud to assist the XXYY project as the Co-communications manager. He has been on the AXYS board since 2019.

Carol Vigo is a bookkeeper and is currently working in the head office accounts department for Evolution Laser Clinics. She is also involved with her kids’ school P&C as a volunteer.

She is married to Daniel and they have two children. James (2005) is her XXYY guy and she has a daughter Sofia (2010). They live in Smithfield NSW which is about 30kms from the city of Sydney in Australia.

Her son was diagnosed with XXYY Syndrome when he was 3 years old in 2008.

Her hobbies are reading, picnics, going to the beach and spending time with family and friends. She speaks both English and Spanish.

Carol is dedicated and determined to find as many Aussie XXYY families as possible.

Wendy Sloss is a Senior Design Technologist with a consulting company in Ottawa, where she has worked since 2000.
She was born in Canada & currently lives in Appleton, Ontario, Canada with her husband John & son Brodie (2007).

When free time presents itself, Wendy enjoys spending time outdoors with her family, gardening and photography.

Kerstin and her husband Joerg and I are parents to three wonderful men, Jan (1994), Nico (1997), and Milan (2000). Nico was diagnosed with XXYY in 1999 at the age of 2. They live in a nice village close to Hamburg, Germany. Kerstin is a pediatric nurse, currently in homecare nursing and consulting.

Kerstin has been involved with the XXYY-Project since 2007. She and her sons attended XXYY conferences in Europe, the US and England. She translated the webpage, flyers and handouts into German.

In 2008, Kerstin started the German support group; since 2014, the group has annual gatherings. The group is open to other European XXYY families and cooperated with the German Klinefelter Syndrome organization (DKSV) as well as other rare disease groups. It is also connected to the very dedicated XXYY-group in the UK, ACHSE (an umbrella charity for rare diseases in Germany) and to EURORDIS-Rare Diseases Europe, which is a unique, non-profit alliance of over 700 rare disease patient organizations from more than 60 countries.

Besides being with my family and friends, Kerstin enjoys reading, dancing, singing, running, Nordic walking, yoga, music and travelling. Furthermore, her entire family is very involved with CISV, a global organization dedicated to educating and inspiring for peace through building inter-cultural friendship, cooperation and understanding.

Tracey Braun and her family live in Kings Park, New York (about 40 miles outside of NY City on Long Island).  She is a former athletic trainer and now teachers Sports, Exercise and Health Science at Northport High School.  Tracey is married to Francis (Fran) and they have three children.  Dylan (2004) is her XXYY guy and has a daughter Mckaela (2000) and a son Francis (2002).  Tracey and Fran have been involved with the XXYY Project since Dylan was diagnosed at 1 year of age.  Tracey and her family have been to several XXYY conferences and she has always wanted to do whatever possible to help spread awareness.

Tracey enjoys watching her children play sports, going to the beach and simply enjoying time with friends and family.  Now that her children are older, Tracey is hoping to dedicate more of her time to the XXYY Project and the families that are a part of this wonderful group.

Solomon Stutzky’s son, Caden(2013), was diagnosed with XXYY at age 5. No information on XXYY or referrals to specialists was provided, leaving Solomon and his wife, Ling, to absorb the impact of the diagnosis by themselves.

He has recently started part-time at a local college and is interested in pursuing a field of study in which he can help other parents navigate the challenges, and rewards, of a child with a genetic or chromosomal condition. No one should be left alone as they were with fears and questions. Solomon hopes his involvement with the XXYY Parent Network may ease the journey for other parents.

His family lives in the San Francisco, CA Bay Area.

Camille and her husband Gregg live in the beautiful mountain town of Midway, Utah with their four children Truman (2009), Bodie (2011), Pete (2014), and Norah (2016). Pete is their extra special XXYY son. During the winter months, the Simons family enjoys downhill skiing together and their summer months are spent hiking and camping in the surrounding mountains. The kids also enjoy long days at the pool!

Camille owns her own Interior Design business and stays very busy with her clients while the kids are in school. Once the kids get home from school, she takes off her designer hat and puts on her mom hat! She is also a really great chauffeur to the kids in all their sporting, dance, and music lessons.

Camille is excited to be part of the XXYY volunteer team. She and her husband Gregg are dedicated to a life of learning and supporting their own XXYY son, Pete, along with helping other as much as possible.

Mary Ann lives in Kinnelon, New Jersey (a small town in northwest NJ about 45 minutes from NYC) along with her husband, Dave, and their son, Matt, (1995). She also has a daughter Nicole, (1993) who lives in Pennsylvania with her husband, Trevor. Mary Ann is a stay-at-home Mom and volunteered in many school committees during her kids’ childhood including, Class Mom, Lunch Aide, Fun-At-Lunch Co-Chair, School Store Co-Chair, Girl Scout/Boy Scout Leader, Dance Mom and numerous fundraising committees. In her spare time now, she mostly enjoys spending time with family and friends, gardening and going for long walks. Her favorite place to be is either in her backyard by the pool or sitting on a beach enjoying the sun. Matt wasn’t diagnosed with XXYY until he was 14 years old. He was classified and receiving supports in school and privately, but it wasn’t until he grew over 6ft tall and was beginning to have unexplained arm/shoulder pain that got us really looking for answers. Mary Ann has found meeting (in person and virtually) other XXYY families to be very helpful and would like to support other families find that comfort as well.

Renée began looking for other parents of boys with XXYY after her son was diagnosed in 1992. She set up the first website for XXYY, hoping that other families would find it.  She managed to find three other families and together they began our listserv, called the XXYY Parent Network, in 1998. After six years of building the support group, parents decided it was time for us to become more formally organized.  In 2004, Renée formed the organization with several board members. Renée served as the volunteer Director of the XXYY Project for several years.